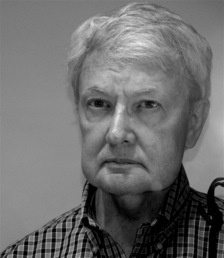 Roger Ebert continues to write meaningfully despite his mounting illnesses.

There are so many reasons why I consider myself a proud Ebert fan. Let’s add another to the pile: Since his health turned for the worse, not only has Ebert not let it to stop him from writing, but he has also refused to engage in any pseudo-psychology/self-esteem movement sentimental mumbo-jumbo. He has written about his experience candidly, and at times emotionally, but never melodramatically. Thus he’s retained his dignity.

I’ve written before about how I’ve come to terms with my appearance. The best thing that happened to me was a full-page photo in Esquire, showing exactly how I look today. No point in denying it. No way to hide it. Better for it to be out there. You don’t like it, that’s your problem. I’m happy I don’t look worse. I made a simple decision to just get on with life. I was a writer, so I was lucky. There was no question I would continue reviewing movies. And when I started writing this blog, it gave me even more focus, feedback, satisfaction. I plunged into it with sometimes desperate concentration. I wrote, therefore I lived. Another surgical attempt was proposed, but I said no. Enough is enough. I would look the way I looked, and express myself in print, and I would be content.

This entry was posted in Uncategorized and tagged Ebert. Bookmark the permalink.